Roofs and Chimneys on Vintage Homes in NELA 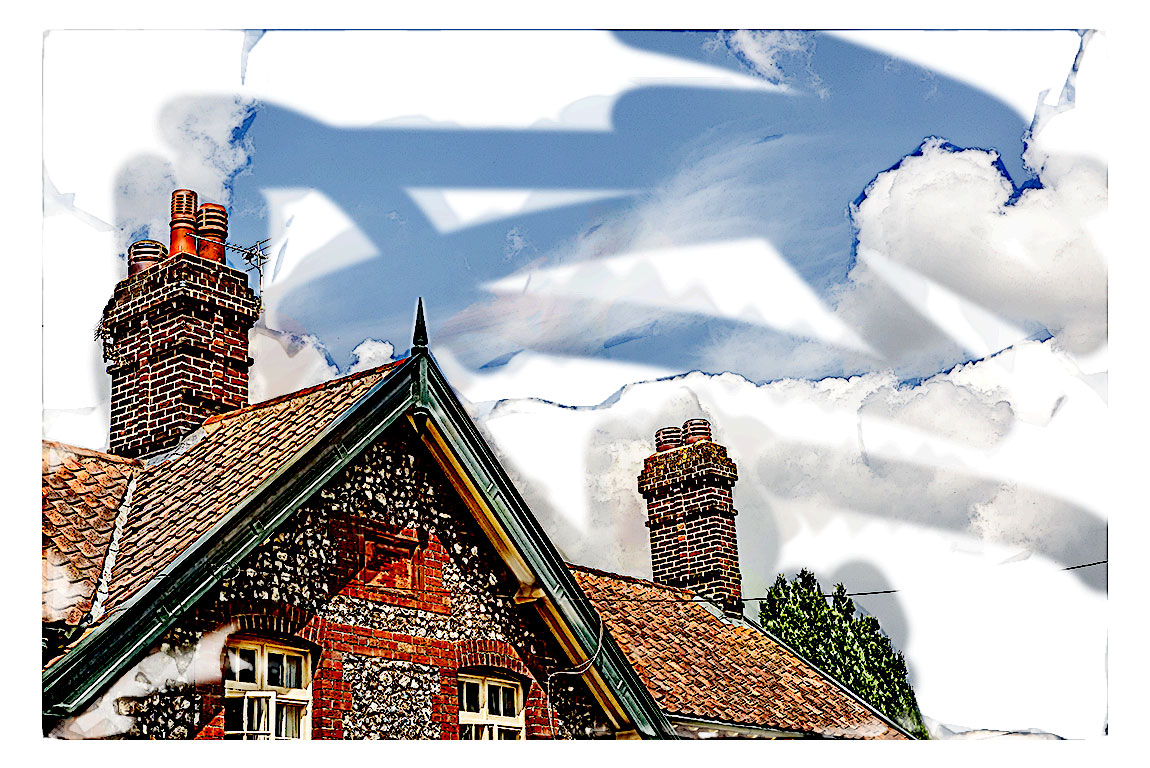 Northeast Los Angeles has a wealth of vintage homes, many renovated to restore the original character. The tops of houses are important details.

Make no mistake, the ever-growing admiration for period homes in Northeast Los Angeles has made Pasadena real estate – as well as homes for sale in Mt. Washington, Highland Park, Eagle Rock and elsewhere in the region – a hot ticket item. An E-Ticket as it were. Many who purchase these homes are looking to restore the homes from the bottom up and return them to their original grandeur.

Often overlooked by homebuyers are the details of chimneys and roofs of vintage homes. Perhaps this is because earlier styles of building put a great emphasis on these two features yet our eyes are drawn lower, to façade and interior details. Only when it comes time to make repairs do homeowners start to pay attention.

To be clear, all homes over a certain age (15+ years) have to give consideration to and budget for roofing and other building maintenance. It gets a little trickier (and often more expensive) when you are tasked with matching or replicating vintage materials. Three words – “slate roofing tiles,” such as those found on roofs of Victorians and Tudor Revival homes for sale in Eagle Rock, Mt. Washington, and Highland Park and other NELA neighborhoods – should give you a hint.

To match a few or many missing pieces of slate tiles, it may be possible to source them through a salvaged roofing company. In some cases, a recycled rubber product might suffice. The stringent requirements of the Highland Park-Garvanza Historic Preservation Overlay Zone stipulates the following:

• “Where still existing, historic specialty roofing materials, such as tile, slate or built-up singles should be preserved in place or replaced in kind wherever possible.”
• “Replacement roof materials should be substantially similar in appearance to those used originally, particularly when viewed at a distance from the public sidewalk, and should convey a scale, texture, and color similar to those used originally.”
• “A light colored asphalt shingle is generally inappropriate. Earth tones, such as rusty reds, greens, and browns, are generally appropriate in replacement roofs.”

The Highland Park-Garvanza HPOZ also weighs in on chimneys: “Existing chimney massing, details, and finishes should be retained. If replacement is necessary, the new chimney should look similar to the original in location, massing, and form.”

Not all neighborhoods in NELA are under the strictures of a HPOZ, which has the power to reject incorrect design, pull a permit, or even require redoing renovators’ non-compliant work. But the guidelines that apply here are a good idea for real estate in Hermon and Glassell Park for example.

Roofs and chimneys are defining characteristics in overall form and detail. Craftsman homes are known for gabled roofs, overhanging eaves, and sometimes fieldstone chimneys. The red clay tiles of Mission Revival homes are perhaps their most defining characteristic; replacing broken tiles is complicated, because getting a color match and the repair work itself is complicated. Victorian home chimneys are often multiple (many of those houses were built with poor central heating at best, so multiple fireplaces helped) and come with fanciful chimney pots on top. You can count the chimney pots at the top of a chimney to know how many flues (for fireplaces and a coal furnace) the house may have had.

Realtor Tracy King has studied the details of vintage homes in NELA on behalf of buyers and sellers for more than a quarter century. Contact her to discuss your own home or your search for one: 323-243-1234.