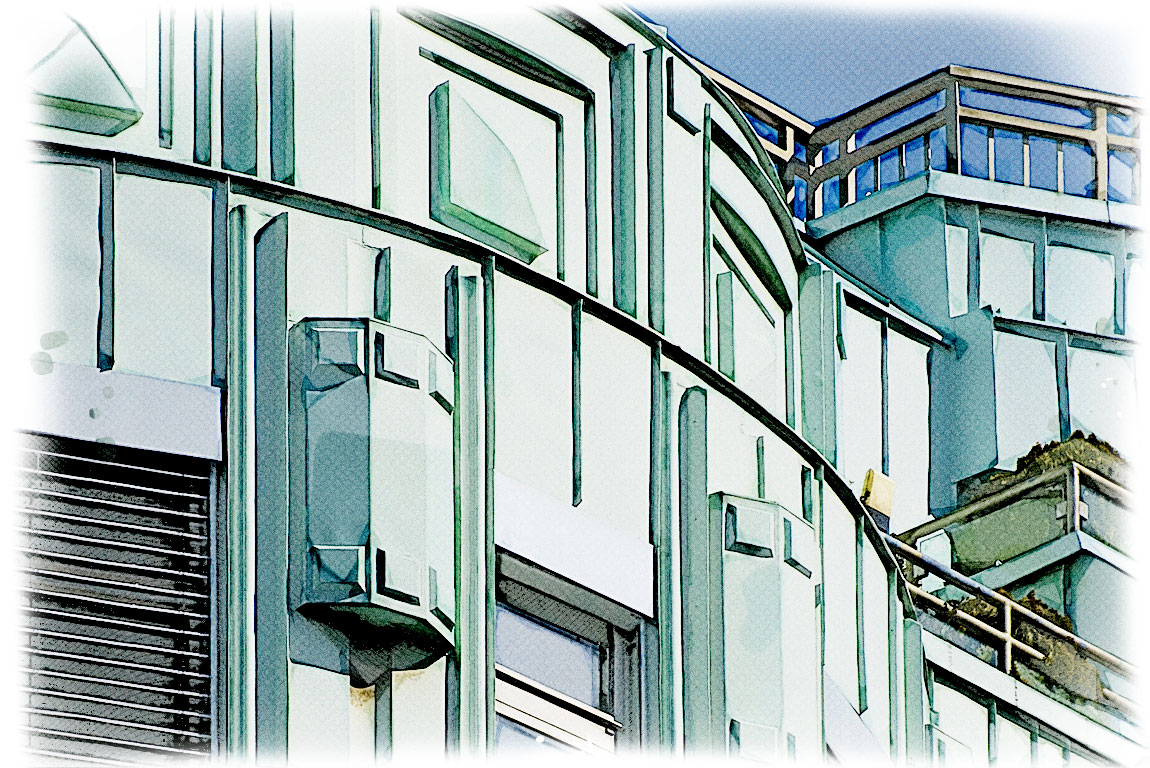 There are more than a few Art Deco gems in Northeast LA, even though other styles of homes have the streamline details mixed in. They need to be saved.

While other architectural styles of homes are predominant in Northeast Los Angeles – Craftsman bungalows, Victorian, Spanish Revival, Tudor Revival, and Mid Century Moderns, primarily – there are a few art deco (some technically “art moderne” or “streamline moderne”) designs among the homes in Highland Park, Glassell Park and Eagle Rock.

But perhaps what might be surprising is that some homes have deco detailing that create a hybridization of styles. One example is Spanish deco. A home was listed recently in Eagle Rock that was described as an “Emotional Spanish Deco,” built in the mid 1930s with a combination of a red-tile roof and a stucco exterior but also ziggurat archways, a deco master bath, and sunburst wood burning fireplace. Elsewhere in places like Garvanza and Hermon the wrap-around windows, glass blocks, flat roofs, and other streamline details can be mixed into Prairie, Craftsman and other styles that occupied the same eras when they were most popular.

Deco homes, mostly due to their age, come with some problems that may require restoration by an owner. First, electrical systems in the 1920s and 1930s, at the height of deco’s first wave of popularity, clearly needs updating if that hasn’t already been done. Features such as jalousie windows, more popularly used in the resurgence of deco in the 1950s, are distinct and yet likely damaged or dysfunctional because of all those moving parts.

The deco aesthetic, to purists, cannot be compromised (although those hybrid applications do challenge the notion). So where it comes to saving and honoring a deco design home, it’s possible to think of it in four degrees of what “saving” might mean:

Renovation – This is the least stringent in that it allows the owner to update and make functional a space. New materials and new sections of the building might be added, windows and doors could be relocated, and there is not even necessarily an effort made to keep the house definitively “art deco.” If the renovation is severe, it probably would disappoint deco fans, even if it raises the value of the property.

Restoration – This is a more thoughtful and considerate approach. It may not hew perfectly to original materials, but it achieves the goal of looking like the original.

Preservation – The primary goal is to keep as much of the original building parts intact. This can make modernizing mechanical systems challenging, for example.

Conservation – This is unlikely the path of a homeowner intending to occupy the building and more the province of a museum curator who strives to bring it to the original condition. There is no design interpretation on what should be in the building, what colors can be used, etc. Instead, an absolute commitment to all things original must be made.

Art deco gets much more attention in commercial structures, and in a few homes of the stars of Hollywood’s Golden Age, than in the residences of NELA. But where those streamlined, moderne features found there way over to Eagle Rock and other places they are to be treasured.

Realtor Tracy King understands the cost-benefit of restorations and renovations in NELA done right. Feel free to call her (323-243-1234) to discuss your existing vintage property or to look for something new.